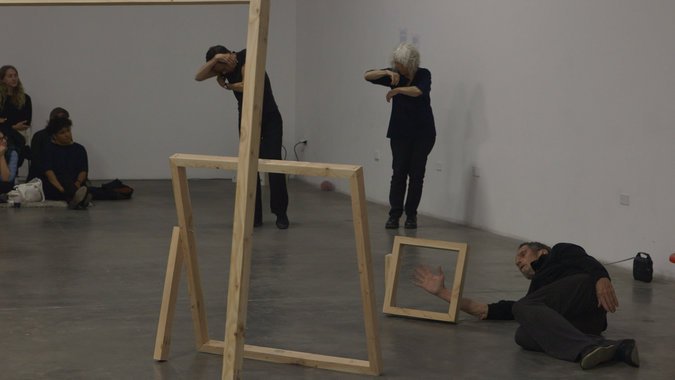 Взято отсюда https://www.nytimes.com/2017/10/20/arts/dance/steve-paxton-tea-for-three-yvonne-rainer-simone-forti.html?smid=fb-share
EAST CHARLESTON, Vt. — Most mornings around 11, five or six dancers meet in a sun-filled studio in this remote area of northern Vermont to dance and work out. But Steve Paxton — by far the most famous dancer in the area — generally chooses to sit out these gatherings, even though the studio is part of his home.

“I have such an ingrained habit of physical awareness that it’s hard for me to move without thinking about it in a workout way,” Mr. Paxton, 78, said. It was a late summer morning and he was sitting at a round table, gazing out a picture window at the landscape surrounding Mad Brook Farm, a commune that over the years has been heavily populated by artists and dancers. He has lived there since 1970.

While he admits to doing a little yoga and a little tai chi, he said now he mostly just does his own thing. “I figure it’s all just patty-cake, whatever I do.” And no, he doesn’t perform much anymore: “It’s not the body that I like to dance in. Now you see an old fart kind of messing around.”

But that’s not how Judy Hussie-Taylor sees it. Ms. Hussie-Taylor is director and chief curator of Danspace Project in the East Village, where Mr. Paxton will team up with two old friends — the postmodern dancer-choreographers Simone Forti and Yvonne Rainer — to present “Tea for Three,” three nights of what’s being called dance and performance conversation, beginning Oct. 26.

“Steve can change the atmosphere of a room with just the tiniest gesture and the deepest understanding of timing,” Ms. Hussie-Taylor said. “He is one of the Buddhas of American dance.”

From left, Yvonne Rainer, Simone Forti and Mr. Paxton (on the floor) in “Tea for Three” in Los Angeles last year.

Mr. Paxton is perhaps best known as the inventor of Contact Improvisation, a touch-based, weight sensitive, conversational and often athletic dance technique that, since its inception in 1972, has become practiced around the world. Its roots reflect his childhood, growing up in Tucson where he became an accomplished gymnast.

When he was young, Mr. Paxton said, he realized “all I ever wanted to do was dance,” so he came East in 1958 after being offered a scholarship to the American Dance Festival in Connecticut. He met choreographers there, including José Limón and Merce Cunningham, and joined Limón’s troupe before becoming a major figure in the Merce Cunningham Dance Company in the early 1960s.

Mr. Paxton also became a founding member of two groundbreaking collectives — Judson Dance Theater and Grand Union — that rebelled against the conventions of modern dance by embracing ordinary movement and risk-taking improvisation. He collaborated not just with fellow dancers but also with musicians and artists, like Robert Rauschenberg, Robert Morris and the percussionist David Moss, all the while teaching, choreographing and performing around the world.

He has remained close to many major figures of the postmodern dance movement, including Ms. Forti and Ms. Rainer, now both 82. The three have been friends for more than 50 years, having studied together with Merce Cunningham and with Robert Dunn, a musician who taught composition classes at the Cunningham studio. They have also participated in each other’s dances, though “Tea for Three” is the first time they have performed as a trio.

A version of “Tea for Three” took place a year ago at the Box Gallery in Los Angeles at the instigation of Ms. Forti and Mara McCarthy, the Box’s founder. “One of the very nice things about the L.A. event was that Mara got us an Airbnb,” Ms. Forti said. And even though she lives in Los Angeles, there was no way she was going to miss out on the fun. “I packed my overnight bag and the three of us lived together. It was right after the election, so we were grieving.”

In some ways, “Tea for Three” is about their deep familiarity — as dancers, as choreographers, as friends. “It’s like three-way chess by people who enjoy playing the game together more than just winning,” Mr. Paxton said.

While “Tea for Three” will make references to past dances, including Ms. Rainer’s seminal “Trio A,” improvisation will also be evident. “It will be moving and talking and pulling toward comedy,” Ms. Forti explained. “There’s no telling what we’ll get into.”

Several months before they first did “Tea for Three,” Mr. Paxton and Ms. Forti appeared together at Redcat, an arts center in downtown Los Angeles. “It was great fun and beautiful,” Ms. Forti said of their performance — an hour or so that was part movement, part conversation, and laced with dry humor. At one point, when Mr. Paxton lifted Ms. Forti, she said: “See, if I had done Contact I would have known what to do. I would have rolled my weight into your center.”

“What are they doing now?” Ms. Forti asked.

Whether describing life in the early days of the Merce Cunningham company or being part of one of Robert Rauschenberg’s zany performances, Mr. Paxton is an entertaining storyteller — self-effacing and wry. But get him talking about dance as an art form and his manner becomes particularly serious and thoughtful, revealing someone who has spent his life pushing the conventional boundaries of the medium, boiling it down to its most basic forms.

In 2014, when Mr. Paxton was honored at Danspace, Ms. Rainer reminisced about how he was always “a step ahead of us.” She described a time in the early ’60s when, as students in Dunn’s composition class, their assignment was to make a one-minute dance.

Mr. Paxton simply sat on a bench and ate a sandwich.

“At the time I was having an investigation with myself,” he recalled. “When I wasn’t in the studio my body was just drifting along doing what it did. So I started to try to be more aware of what I was doing. I began to study walking and standing and sitting. And I think eating a sandwich was in that realm.”

That simple activity became a serious preoccupation with everyday movements, of which walking is perhaps the most obvious. When he was living in New York in the 1960s he would observe the way people moved by getting up early and going exploring. “I’d walk down to the Fulton Fish Market,” he said. “It’s the best time in the city because it isn’t so filled with people.”

What he saw — the way ordinary people moved — informed what is perhaps his best-known dance, “Satisfying Lover,” from 1967. It is intended for a large group of people, anywhere from 30 to 84 of them, who walk across a stage, occasionally stopping to stand or sit depending on the score.

Mr. Paxton, of course, was more than an ordinary mover. He was a virtuosic dancer who performed in many of Cunningham’s landmark works of the early ’60s. An image of that Mr. Paxton can be glimpsed on the walls of a traveling Rauschenberg retrospective, most recently on view at the Museum of Modern Art in New York. The show includes “Scanning,” a 1963 silk-screen that incorporates a photo of a lithe Mr. Paxton performing in “Aeon,” his first dance with Cunningham. (The Rauschenberg show opens in San Francisco in November.)

It was during that time that Mr. Paxton met Rauschenberg, who worked closely with the Cunningham company as a designer and artistic adviser, creating the sets and costumes for “Aeon.” The two men ended up living together from 1962 to 1967. They also participated in each other’s works.

In Rauschenberg’s “Spring Training,” Mr. Paxton danced with a tin can strapped to his knee, sharing the stage with 30 turtles that had flashlights strapped to their backs. In the same piece, Christopher Rauschenberg, the artist’s 13-year-old son, dropped eggs from about 30 feet in the air. “It was beautiful; it was astonishing, yet all it was was dropping eggs,” Mr. Paxton recalled. “That’s what Bob’s skill was: waking up to things you hadn’t noticed.”

After decades of constant travel, these days Mr. Paxton prefers to spend his time noticing what’s happening in his garden, trying not to stray too far from home, where he lives with Lisa Nelson, a dancer and choreographer, and their two cats, Paris and Limbo. But the dance world comes to him. Because he’s something of a guru, dancers often trek to Vermont to work with him in the studio Ms. Nelson designed that is attached to their house.

This quieter life, he said, means “turning down most invitations to perform.” There are exceptions — like his upcoming reunion with Ms. Forti and Ms. Rainer. “Every night will be different,” he said. “That’s what fun is for me.” 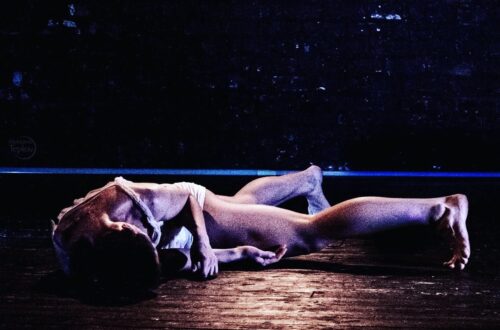 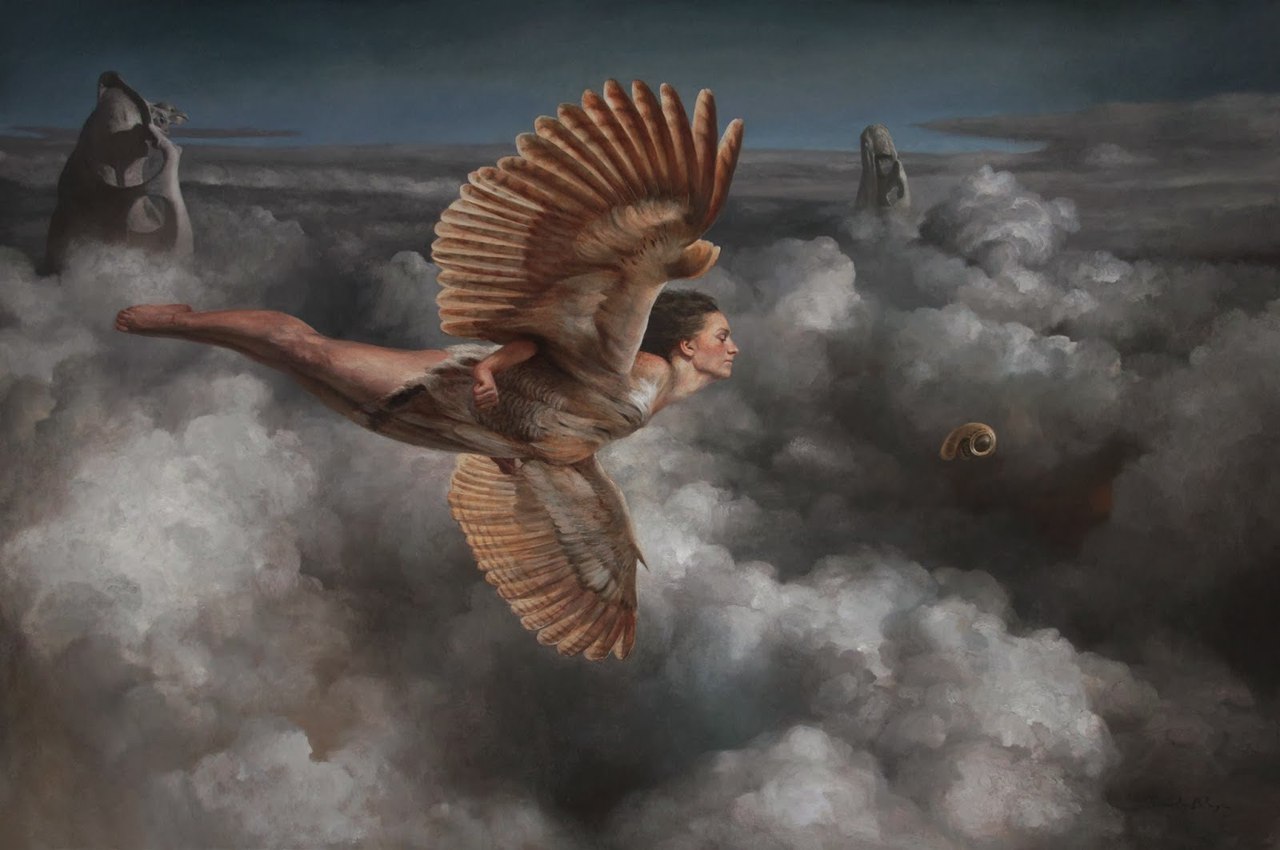 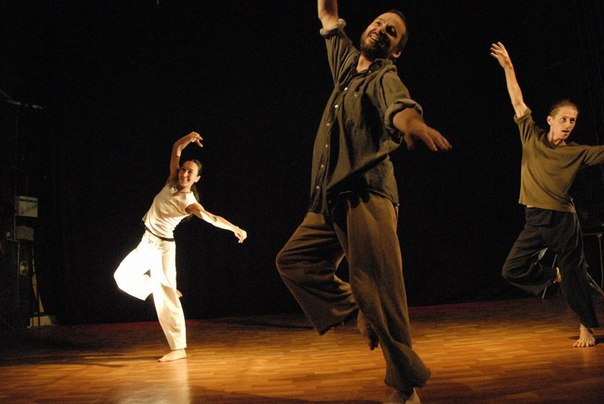